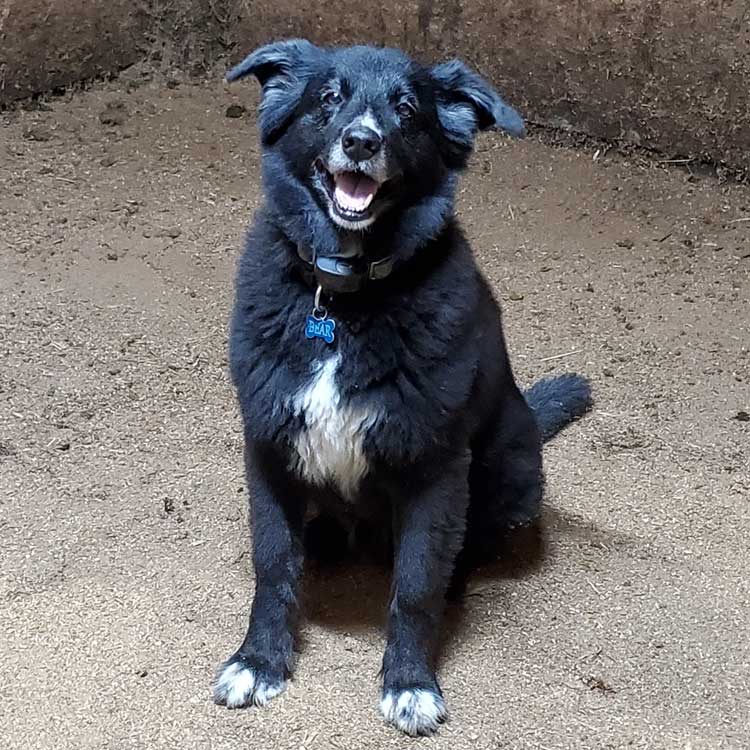 Bear came to us when he was a little over a year old. He was skinny, had a belly full of tapeworms and was scared of everyting. He was found wandering the streets, wearing a collar with tags which weren't his. When his initial finder called the number listed on the tag, his owners claimed they no longer wanted him. He wasn't a purebred border collie and had a bad habit of "running away."

Once Bear was settled in with us, we began training exercises to help him gain confidence and become a better citizen. Ever eager to please, this pup excelled in his classes, evenutally becoming a fully licenced therapy dog! He loves people and is the true definition of loyal. It's rare to see our founder, Jessica, without Bear by her side. 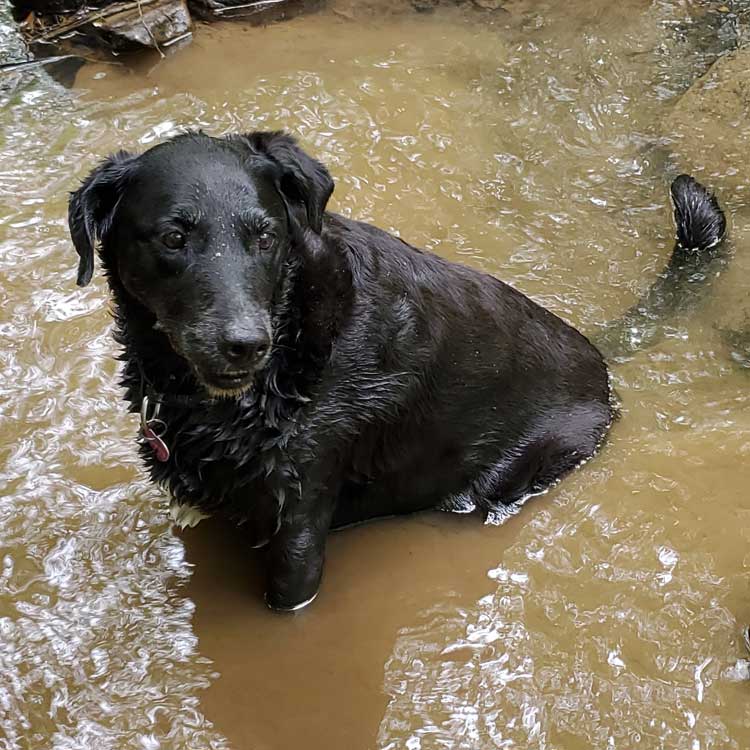 Penny was scheduled to be euthanized when she was just three months old. We have no idea how she ended up at the local dog pound in the first place, but we count our blessings every day she made her way to us. Penny is unbelievably smart. You can almost see the gears in her brain turning. We wanted to ensure she had a job to do, so we enrolled her in therapy dog classes where she became one of the youngest dogs to pass the test.

Penny is the most laid back dog we've ever met. She adores children and has appointed herself part of the official welcoming committee at the farm. In fact, she's been known to jump into the UPS truck when we get a delivery.