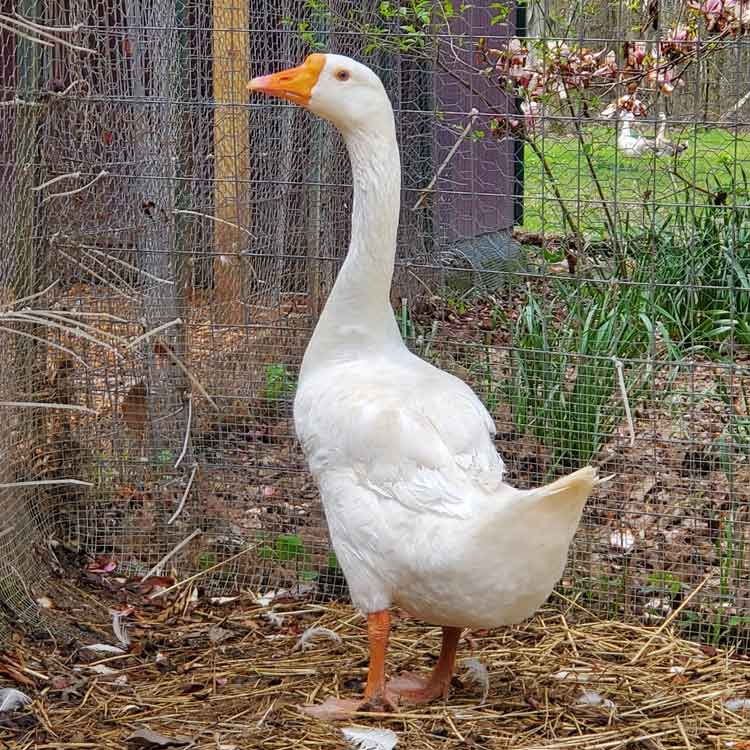 Last year, we received word about a goose with a severely broken wing at one of the local golf courses. Several of us went out to catch the injured animal, who I swear set land speed records in its attempts to flee our nets. I wholeheartedly understand the term “wild goose chase” now.

We finally captured the scared goose and were loading it into our vehicle when a woman showed up, stating that was her bird. She said the goose’s name was Susan and it had originally belonged to her father. I offered to splint Susan’s wing and return her for rehab, but the woman felt it was better if Susan stayed with us.

Although we had our suspicions otherwise, the woman seemed very confident this goose was female. Sure enough, when spring rolled around, Susan proved otherwise. As it turns out, we’re officially the happy home to "a boy named Sue.” 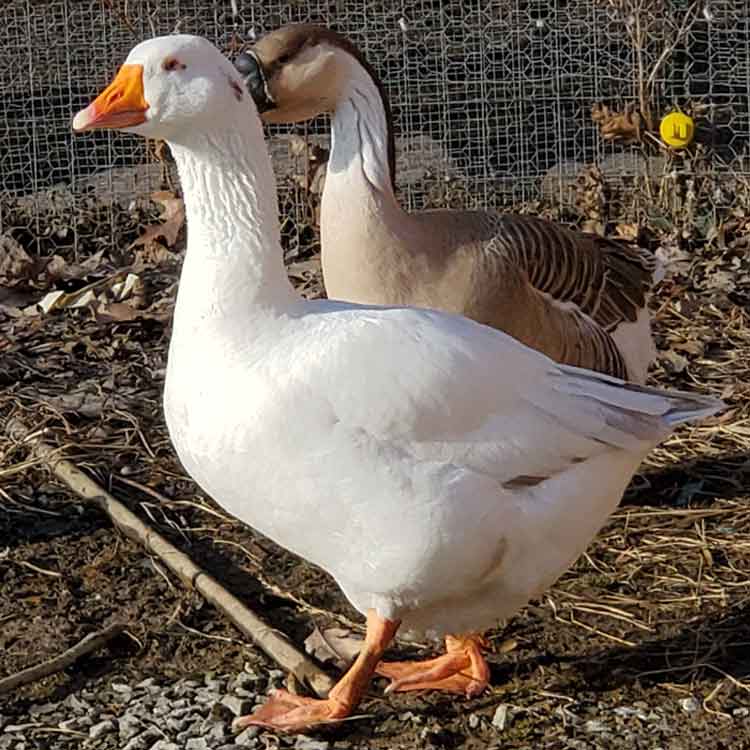 Eddie is a Pilgrim goose. According to the American Livestock Breeds Conservancy, Pilgrim geese are considered rare and critically endangered. They’re one of the few breeds of geese to exhibit sexual dimorphism from birth. Males are born with a light-colored beak and yellow plumage, whereas females are born with a dark beak and grey feathers. As they get older, males turn white with some grey feathers and females are grey with some white feathering.

Traditionally, Eddie would spend his days with the rest of the geese, but that all changed this spring when a local feed store asked us to take in 13 Pekin ducklings. His parental instincts kicked in and he adopted every single one of them. It’s absolutely adorable. He showed the babies the way to the creek, where to find the best forage, how to go into the coop at night - all the important things a good duck should know. He’s also fiercely protective of them. No one is harming any duckies on Eddie’s watch! 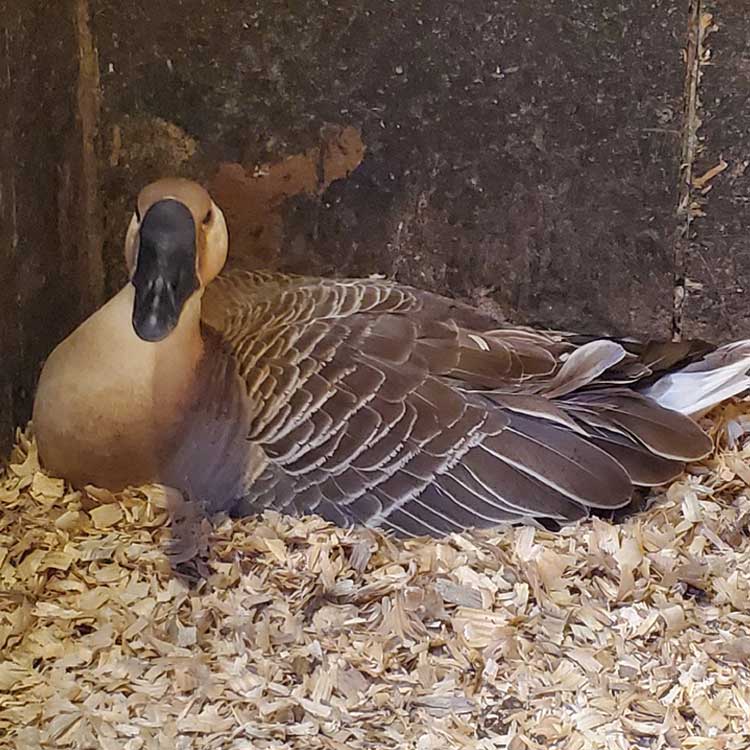 Athena is an African goose. She came to us as a tiny gosling back in 2017. She was super sick, so she lived in the house for the first few weeks where we could keep an eye on her 24/7. Now, five years later, Athena has become a staple of the farm. You can hear her loud, deep honk from anywhere on the property. And, believe, me, she's not afraid to speak her mind to anyone who will listen.

While very much a part of our goose flock, Athena likes to go off an explore the farm on her own. You can often find her out and about, enjoying her alone time.